When you have Diabetes: Why you NEED a doctor when you are WELL

When you have Diabetes: Why you NEED a doctor when you are WELL 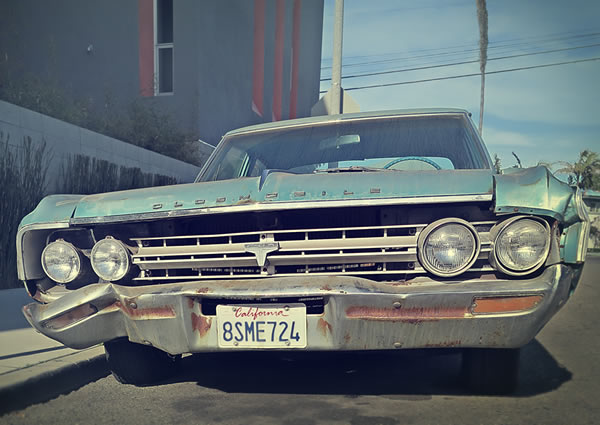 My dad is a mechanic, so. I spent my formative years leaning over engines and climbing on car lifts getting covered in grease stains and rust. So it’s probably no big surprise that I turned out to be pretty mechanically inclined. My skills in assessment and diagnostics as a nurse probably started with identifying the rattle of a lose catalytic converter shield versus the clang of a broken exhaust clamp. So it is little surprise that I find myself frequently using automotive metaphors for health. But when you think about it, the two worlds are not much different. You’ve all these different size and shape vehicles, some specialized for different uses, but they all run more or less the same way. They all need routine maintenance to run optimally and maintain their capabilities over as long a life as possible.

We have all heard the analogies that our body is like a car, we need to fuel it, keep good tires on it, and take it for an oil change every so often. You  can take your car to my dad, or the guy down the road, or the guy a hundred miles down the road, they’re all going to do more or less the same oil change (the only difference is probably cost)  For most of us this is the equivalent of getting our flu shot at the pharmacy, no need for advanced know how or even to know me as an individual. Just do the thing and move on until next time. Rusty old beater, or shiny new racer, we all get the same oil change.

But say there’s something actually wrong, this is where trouble starts.  If you bring a beat up rust bucket of an old Oldsmobile into a shop and tell the mechanic “there’s something wrong, it’s not running as well as it used to” the mechanic is probably going to roll their eyes and assume that you have driven this car into the dirt! You probably never change the oil because the tires are half bald. You probably let this problem go on for so long that it’s not really fully fixable because you also let is run with blown out shocks until the rear end sags and the tail pipe scraped on the way in. You came in with a broken old Olds’ and when you leave after getting work done and paying time and money you’re still leaving with a ever so slightly less broken old Olds’. There is no way you are going to drive off that lot with a super charged tuned racing engine, body perfect paint and shiny rims! As far as the mechanic is concerned the job is to get the car back to the state of disrepair you are used to seeing. Basically, keep it safe, keep it on the road, and try not to charge and arm and a leg in the process.

Now if you brought the same year make and model car in well kept, for regular oil changes, to get the filters replaced and the tires rotated regularly, the mechanic would know that car and the owner pretty well. They would have a record of good maintenance on this vehicle.  So when you brought this car in and said “There’s something wrong, it’s not running as well as it used to”  the mechanic’s goal is to get this car back into peak running order. The mechanic is not going to do the bare minimum to keep this car functional and safe, now we are talking performance! We are talking making the suboptimal optimal!

This is how many of us treat our doctor. We don’t visit them until we are sick. Often we wait until we are really sick! We come dragging into their office bleary eyed and barely functional and ask them to fix us. So they take a look at our disheveled sleepless , limping, wheezing, or otherwise beat up selves and roll their eyes.  When you walk into a doctors office for the first time sick, they are not trying to get you to showroom condition. The doctor is just aiming for the state of disrepair you are accustomed to. In the medical world we call this the patient’s baseline. The ultimate goal of the physician is not to turn every patient into a physical ideal. The goal of the physician is to get a patient back to their baseline. But there is a big difference between our level of wellness and function when we are sick and when we are at our peak! If our doctors only ever see us at our worst (rusty old beaters with little to no maintenance record)  then that becomes our base line. So actually, the fact that you get better at all means that your doctor has assumed that your baseline is better than they have ever seen you, which is pretty admirable!

Now, imagine your doctor sees you annually, whether you are sick or not. Rather than lamenting to them the list of symptoms and struggles you are facing, you can regale them with stories about your latest outdoor adventures, demonstrate your fantastic lung capacity, dazzle with your clear focused mind, reflexes and visage! You are a very different person when you then come in ill! Your doctor is no longer just aiming you at a baseline of “less sick than when you  came in” Your doctor is now aiming you back to a baseline of YOU!

We often become frustrated with our doctors with complaints like “They don’t take my illness seriously, or, they don’t believe I’m in as much pain as I am” when the reality is that doctor would be foolish to try to get you to a picture of health far better than they have ever known you to have.  No one expects my dad to try to buff the dents out of the fender of every beat up old Olds’ that roles into his shop.

So, while it is important that we get to the doctor for routine labs, and assessment, and flu shots, all of that is only part of the picture. We often think to ourselves ‘why can’t they do that when I’m in for a sick visit?!’. The answer is because you need your doctor to get to know YOU at your baseline. You are so much more than the person you are when you are ill, and you need your doctor to know that THAT is the line they are aiming for with your treatment, not just a lesser state of disrepair.