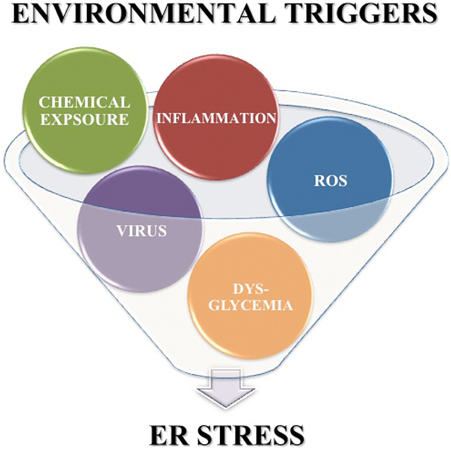 The onset of type 1 diabetes (T1D) usually consists of a genetic predisposition and an “environmental trigger” (such as a viral infection).

For me, I know autoimmune disorder runs in my family and I can also predict that my environmental trigger was stress-I was diagnosed with T1D when my mom was undergoing chemotherapy. Many of my friends with T1D were diagnosed after an illness. Research is coming a long way in predicting a person’s chances of developing diabetes. Updates were provided at ADA on possible environmental triggers.

A multi-center international research effort called TEDDY (The Environmental Determinants of Diabetes in the Young) has been investigating potential environmental triggers that may induce the onset of type 1 diabetes in children.

TEDDY also works to find ways to prevent the onset of T1D and other autoimmune diseases. As described in their recent press release: TEDDY is aiming to discover viruses and nutritional factors that interact with genes to “trigger” destruction of the beta cells(no-they don’t think eating too much sugar as a kid gives you T1D). The study evaluates infants “at-risk” for developing T1D and follows them for 15 years. Additionally, TEDDY has studied biomarkers that can predict faster or slower progression to diabetes after the autoimmune destruction has begun.

New Information About The Environmental Triggers of Type 1 Diabetes

Updates were also provided on environmental triggers of celiac disease, a common autoimmune disease seen in combination with T1D. Recent research identified a link between the consumption of gluten early in childhood to an increased risk for developing celiac disease for those with a genetic predisposition.

The work TEDDY is doing is very important because they are seeking to understand the relationships between genetic predispositions to autoimmune disease. This gives explanation to how they may be triggered which is critical to the development of effective preventative strategies in the future. I think I’m comfortable with saying the only thing better than a cure for T1D is preventing it all together. Of course, we would want the benefit to outweigh the risk.

About the Author: Kathryn Gentile