Back to August 2017 Newsletter 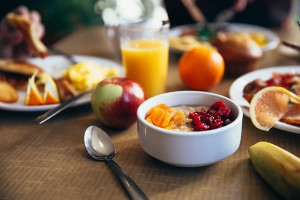 Did you know that with Type 1 Diabetes, if you tend to bolus for your meal or snack during or after eating, you may be creating poorer glucose control?

Some researchers wanted to learn more about how common it is for patients with Type 1 diabetes to dose their bolus insulin after eating, and to understand the characteristics of these patients.  Their findings were published recently in Endocrine Practice.  They did a cross-sectional study from data on 21,533 patients in the T1D Exchange registry.  Their data were pulled from the enrollment questionnaire, and participants who dosed “immediately before” or “several minutes before” eating were considered to be “PreP.”  Those who dosed their mealtime insulin “during” or “after” eating were classified as “PostP”.

People who responded with “depends on glucose level prior to meal”, “not given regularly”, or who didn’t respond to the dose-timing question were excluded from the study.  Rapid-acting insulin analogs were used by 99% of the participants, and 32% were found to dose insulin PostP.

What did the research show?

This research showed that there is actually a large percentage of patients who habitually take their insulin after eating.  In spite of using rapid-acting analogs, the participants who take their insulin PostP have worse glycemic control, and in the kids who dose PostP are more apt to have a history of severe hypoglycemia as well as DKA.  It generally pays to dose PreP!

Still, there are some considerations that you need to take into account when deciding when to dose for a meal, and occasionally it does make sense to dose PostP.

While high Glycemic Index (GI) foods need to be pre-bolused, there are times when moderate and low GI meals warrant PostP dosing.   For example, if you are eating a moderate GI meal and your BG going into the meal is below target, it’s best to dose five or ten minutes into your meal.  And if eating a low GI meal, your strategy can vary from giving correction for a high BG 20 minutes prior to the meal but giving the meal bolus at the start of the meal to dosing as much as 30 minutes into the meal (or giving a square-wave bolus over an hour) for a below-target pre-meal BG, as this can keep you from having a low.

Another situation warranting PostP dosing involves folks who notice that if they bolus, eat, and exercise that they have a low followed by a major BG rise.  Sometimes exercise can cause the food to sit in the stomach and not begin to digest until after the exercise is concluded.  In this instance, it can pay to bolus for some of all of the carbs after the meal and the exercise are concluded–this works best when this is a predictable pattern.

Keep notes and pay attention, and use the dosing strategies that make the most sense!