Congratulations to Mary Patricia Mowat, a 38-year veteran of type-1 diabetes in the process of moving from New Jersey to Florida.

Mary supplied the closest answer to last month’s trivia question:  What percentage of people diagnosed with diabetes have Type 1?

Even though the incidence of type-1 diabetes has been increasing steadily, the rise is overshadowed by the increase in type-2.  Nearly 30 million Americans have been diagnosed with diabetes, with the number increasing by about 1.5 million annually. 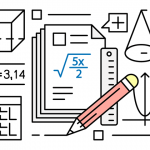 Having spent the last week lecturing across Canada, I became accustomed to seeing blood sugar values such as “5.8” and “9.3”.  Of course, these are expressed as mmol/l, not the mg/dl format used in the United States.  The fact is, much of the world, including the majority of Europe, measures blood sugar in mmol/l.

For trivial fame, how does one covert blood sugars in mmol/l to mg/dl?

The first person with the correct answer wins their choice of book from our online or in-office store.