the Dexcom G7: What to Expect 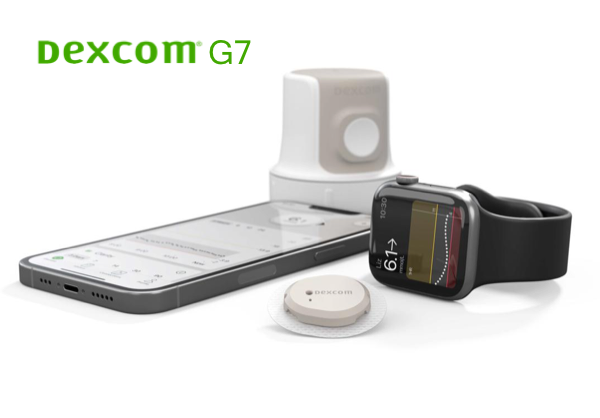 Several months ago, Dexcom successfully submitted an application to the U.S. FDA to market their next-generation Dexcom G7 continuous glucose monitor.  Since that time, the system has received a CE mark (approval) in Europe and is beginning to hit the arms, abs, and butts of people there.

Compared to the current Dexcom G6, there are many similarities.  Just like G6, the G7 features a 10-day sensor that does not require fingerstick calibration but allows calibration in case it is not performing properly.  It has a re-designed 1-button auto-inserter and uses a similar adhesive.  The Dexcom display app is still compatible with most smartphones, and a handheld receiver remains available.  And it still sports a variety of customizable alarm/alert options.

So… what IS there to be excited about with G7, other than being “one better” than G6?  While sharing many of the qualities of G6 (which is a very good thing!), there are several improvements that some may find very meaningful.

New Improvements in the Dexcom G7

Something that should appeal to everyone who uses CGM is better accuracy.  In pre-launch studies, G7 produced an overall MARD of 8.2% in adults and 8.1% in children.  This compares to an overall MARD of 9.0% with G6.  This is the best of any CGM in the industry.  MARD represents the average difference between the CGM data and lab glucose measurements taken at the same time.  Some of the improvement in accuracy can be attributed to Dexcom’s updated sensor algorithm, but I suspect that some is also due to their switch to full machine assembly.  None of the components of the G7 are assembled by hand – something that I suspect contributed to occasional product performance issues with the G6.

The G7 was tested on both the arm and abdomen of study subjects.  Interestingly, while both sites produced quality measurements, the accuracy on the arm was slightly better across all glucose ranges, rates of change, and days of sensor wear.  (Garg et al. Diabetes Technology & Therapeutics, 24:6, 2022) 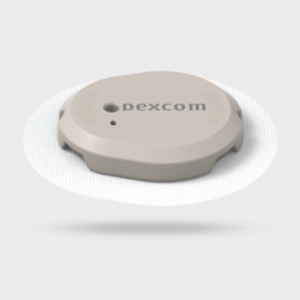 The sensor itself is 50% smaller than the G6 sensor.  It inserts at a 90-degree angle rather than a 30-degree angle, so there is less trauma to the skin.

Each G7 sensor comes with the transmitter pre-attached, so there is no need to purchase or attach separate transmitters.  The sensor/transmitter unit is 60% smaller than the G6 combination.  It is more circular and tapered on the edges to prevent snagging on clothes.  Plus, the transmitter now stores up to 24 hours of data in case the user’s phone (or receiver) is out of range of the sensor for an extended period of time.  Data automatically backfills as soon as the phone/receiver is back in range.

The inserter for the G7 sensor/transmitter unit is also considerably smaller than G6… which means less packaging and waste.

There is also a “delayed” high alert option.  This means that the alert need not occur the moment your glucose rises above your high threshold.  You can specify that the glucose must be above-target for a certain period of time (such as one hour) before the alert occurs.  This can help reduce nuisance alerts after meals when the glucose tends to rise momentarily.

And speaking of nuisance alerts, the G7 app features a single button that can shut down ALL alarms/alerts (including urgent low alerts) for up to six hours – great if you suddenly find yourself in a meeting, theater, or other situation where alarms are a no-no.

Warm-up time has always been a source of angst (and anxiety) for CGM users.  Good news:  the warmup time has been reduced by 75%… from two hours on G6 to 30 minutes on G7.  That’s 75% less time wondering and being shut out of “hybrid closed loop” mode on compatible systems.

Another nice addition:  After reaching 10 days of sensor use, the system does not automatically stop generating data.  You can continue using your sensor for up to 12 additional hours before the sensor and transmitter officially shuts down.  This can be very helpful if you’re away from home temporarily when the 10-day point strikes.

Although the sensors are still designated for 10 days of use, the shorter warmup and 12-hour grace period essentially adds about 6% to the effective usage time for the sensors.

Besides the 1-button shutoff feature for alarms & alerts, several other improvements have been made to the Dexcom phone app.  For starters, there is no need for a separate Clarity app for generating reports.  Clarity now resides within the G7 app.  For those who choose to use Dexcom’s receiver, the Clarity app will still be available separately.

For those who use the event entries to track things like food, insulin, and exercise, they will now show up right on the trend graph screens for easier data interpretation.

And finally, the appearance of the trend graphs is more pleasing to the eye:  greater contrast and brighter colors.

There is no guarantee that your glucose levels will be more pleasing with G7, but it’s a pretty safe bet that your life will become just a little bit more pleasant. 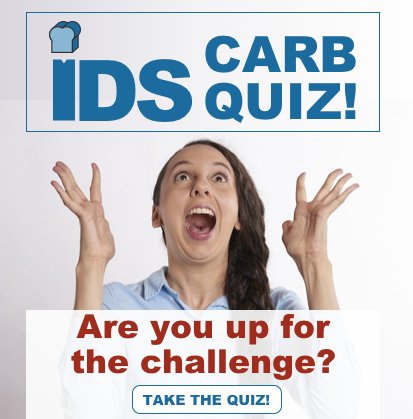