One of my favorite diabetes related stories! 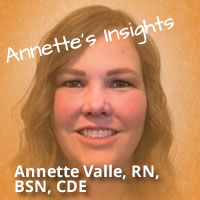 My beloved Aunt Sue passed away several years ago, but her memory lives on as we take time each Christmas to remember her and read from a binder of a collection of her favorite Christmas stories. Most of them teach lessons about service, love, and caring for each other.

Today, in true “Aunt Sue Style” I wish to share one of my favorite diabetes related stories.

The story of Eva Saxl

Eva was born in Prague, Czechoslovakia in 1921, the year that insulin was discovered. She married her husband, Victor Saxl at age 19, and soon after, they fled to Shanghai China as the Nazis invaded their country. They were both Jewish, and Shanghai was one of the only places they could go in hopes of surviving.

While there, she was diagnosed with T1 at age 20. Her husband vowed to take care of her. She was able to get insulin, but on Dec 7, 1941 things changed as the US was attacked and they joined the war. Japan then cut medical supplies to China and insulin was no longer available to her and everyone else in the refugee camps where they lived. Many people in Shanghai went into comas as their insulin stocks were depleted.

Her husband talked to several internists about making insulin, but he was told he was crazy, so he decided to do it on his own. Armed with some medical books and the help of a food chemist, he went to work. Water buffalo from the market had the largest pancreases, so in a matter of days he learned how to crush them and extract what he hoped was insulin. At this point he calculated that they had enough of the commercially available insulin for his wife for only five days. He needed to know if his insulin would sustain her so he tested the safety and potency on rabbits. When none of them died, he gave a shot to his wife and prayed she’d survive.

Not only her, but all of the diabetics in the Shanghai ghetto miraculously survived 5 years until the end of the war!

Victor and Eva moved to the US in 1947 and soon became celebrities. She met Eisenhower and there was a documentary made of her. She became an advocate for diabetes and was a pioneer as most people were ashamed of it as misinformation was widespread about it.

In 1968, Victor was hired to be a consultant for diabetes for developing nations and they were assigned to Santiago, Chile. While there, he had a heart attack and died suddenly. Eva was demoralized and alone. This was a hard time for her as she’d always relied so heavily on her husband. She decided to settle in Chile with her brother, who also survived the Holocaust and she decided to devote her whole life to diabetes education. She was given many honors, including the Charles Best Metal for Distinguished Service for the cause of diabetes in 1978.  She miraculously lived to age 82 and had few complications from her diabetes.

I discovered this story several years ago, but it never ceases to amaze me of the love and incredible will to survive by Eva, and especially her beloved Victor. Call me sappy, but I love a good love story. This story also makes me reflect on how blessed I am to live in a world where I have so many amazing diabetes products and education at my fingertips. Diabetes is always a struggle, and there are issues of affordability, product error, let’s be honest, user error, etc., but overall, it’s a good time to be alive with diabetes.

The first part of the documentary can be found here: https://vimeopro.com/jonreitzes/comedy/video/30873453

I can’t seem to find part 2, so if you know where to find it, please let me know. Here’s a condensed version as well, which tells the rest of the story: https://www.youtube.com/watch?v=xlOBl_nEits