Insulet, makers of the Omnipod insulin pump have finally released an update to the Dash touchscreen PDM 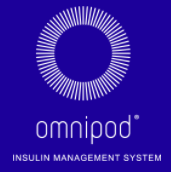 Insulet, makers of the Omnipod insulin pump, recently submitted its update to the PDM, the Omnipod Dash Touchscreen Handheld, to the FDA.

It was submitted with hope that FDA clearance goes quickly with a potential limited launch in the second half of this year. This has been eagerly awaited by those who use Omnipod, as an update to the handheld device has not happened in several years.

Insulet has always been very good with supplying updates to the system components for current users who are in warranty, so we hope that the limited launch will be short term with a more full scale launch to all users sooner than later.

This new handheld device is a “locked” Android smartphone which looks just like the smartphones we all use today, but it will only communicate with the pods so you cannot install other apps or programs on it and you can’t use it for calling.

The Dash PDM will change Omnipod pods to Bluetooth communication and will include the ability to see pump data such as IOB on your smartphone via an app (similar to seeing your CGM data on the screen of your phone). The pod will communicate with the Dash PDM which will send data to an app on your phone to see information as well as views on the today screen so you do not have to open the phone and app or take out the Dash PDM to see information. It will also allow for remote monitoring of information for caregivers of those with diabetes.  It appears the pods will remain the same size as the current pods. The pod will not talk directly with the app on the phone, it will require the use of the Dash device, so Dash will have to be nearby for taking a bolus, changing basal rates or making adjustments of any kind to the system.

The system will use WiFi, so uploading data to cloud based systems is a benefit and software updates will be done remotely so no need to wait for a new device when a software update is available.

For those used to using the PDM as a BG monitor, this feature will not be part of the new Dash device.  Instead the Dash will communicate with the Contour Next One BG monitor (Ascensia) and send BG info right to the Dash so users do not need to enter BG data manually.

Dash is the also the platform for Insulet’s much anticipated Horizon Automated Glucose Control system, which is expected to launch in 2020.