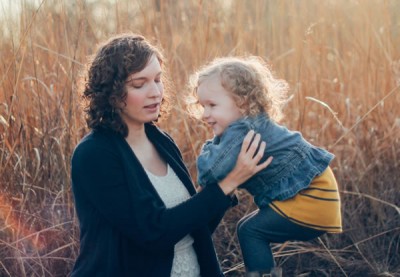 We work hard to manage life with diabetes as women.

As we plan for pregnancy, we work even harder – tighten up targets, eat better food, start to be more active, take supplements and schedule more doctor visits to make sure all is A-Okay before we start cooking that little bun in the oven. Is there more that we need to think about to ensure long term health for our little one after delivery?

Long have we known there is a tendency for autoimmune disease to prefer company in one body. It is common for someone with type 1 to have celiac, thyroid disorder, rheumatoid arthritis or other autoimmune conditions. However, attention to the association of type 1 diabetes and celiac is most common. Those without celiac though, likely don’t pay much attention to gluten containing grains as they aren’t a bother from what they know in their own body. As you prepare to bring your little bundle into your life, you want the best, and those of us with type 1 diabetes have a lot to consider in their long-term health. Are there things we can do during or after delivery to decrease risk of type 1 developing?

One study from 2018 which was a Prospective cohort study from the National health info registry in Denmark evaluated pregnant Danish women enrolled in the Danish Birth Cohort from January 1996 to October 2002.  Their gluten intake was evaluated from a food frequency questionnaire given at week 25 of pregnancy. Intake varied mother to mother from a low of <7g gluten to high of >20g gluten per day (for reference the average piece of wheat bread has about 2.5 to 5g gluten per slice). The average intake of gluten for those not gluten sensitive or celiac is often well above 20g/day.

Data was then analyzed on type 1 occurrence in their children from January 1996 to May 2016. The study found that risk of type 1 development in these children increased in proportion to the intake of gluten from the mother. In fact, women with the higher end of gluten intake had twice the risk of their children developing diabetes.

This object of this study (a Norwegian population-based, nationwide study) was to evaluate several variables to determine the highest risk factor for future development of type 1 diabetes. This study looked at the association of mother’s gluten intake while pregnant along with the infant’s gluten intake at 18 months of age to determine risk of type 1 development. This study seems to have taken the previous study a bit further to look at impact of child’s intake after birth, not only the mother’s intake while carrying the child.

Data was evaluated from >85,000 children who participated in the Norwegian Mother and Child Cohort Study between 1999 and 2009, and they were followed until 2018 to look for development of type 1 diabetes. Gluten intake in this study was evaluated from a food frequency questionnaire for the mother at 22 weeks as well as in the child once they were 18 months old.  The study shows the average intake of gluten in pregnancy was about 13g per day and about 8g per day for the 18-month-old child. Over 12 years of follow-up on these children, 346 (0.4%) developed type 1 diabetes.  In analyzing the data, it was determined the higher risk was associated with the child’s gluten consumption, and for each 10g per day consumed the risk for developing type 1 diabetes increased by 46%.

Further research needs to be done, but overall the study findings indicate that children with the highest intake of gluten are at the greatest risk. A simple reduction in intake of gluten containing products could dramatically reduce the risk. This may be an easier adjustment for many families compared to going completely gluten free. Simple changes to the diet such as using Oat flour or almond flour instead of wheat flour for baked goods is an easy adjustment. Choosing whole grains such as quinoa, wild rice or pastas made from beans/legumes/lentils can be another easier adjustment for home cooking alternatives.  Eating out without gluten is also becoming easier – there are many menu options at national chains and even local restaurants. If you simply contain intake of gluten a bit without complete elimination it may reduce the risk in those that are more susceptible. It will be interesting to see what further research shows and how we can be more vigilant in our prevention strategies.

If you’ve thought about reducing gluten intake, but don’t know where to start, the clinicians at Integrated Diabetes can offer some assistance with diet adjustment. Give us a call and we’d be happy to provide some alternatives that meet the need of all ages and palates!