Implanted CGM has top accuracy, but is it worth it?

Implanted CGM has top accuracy, is it worth it? 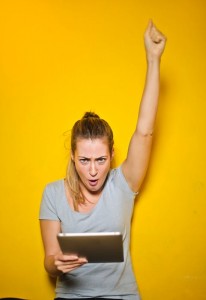 Studies have shown overwhelming proof of the benefits of Continuous Glucose Monitoring (CGM) Technology.
From alerts to warn us of impending highs and lows, to the ability to see the full range of basal and bolus insulin action throughout our days and nights, CGM has become a pivotal part of  managing glycemic control and improving quality of life for many people with diabetes. From Dexcom’s G5, to The Medtronic Guardian and Freestyle Libre these systems all are comprised of an external  sensor with a tiny filament that is inserted under the skin into the subcutaneous fat layer with a needle. This filament measures the electrochemical signals in the interstitial fluid to measure glucose in that fluid every 5 minutes, around the clock. This signal is relayed to either a transmitter for communication to a receiving device (in the case of Dexcom and Guardian) or read with a scanner (in the case of Libre).

The sensor and transmitter are worn on the skin’s surface and held in place with an adhesive patch. These devices must be removed and a new sensor inserted routinely. (FDA approved for 7-10 days of wear) Eversense implantable CGM by Sensionics  is the fourth option in the CGM market place. This is an implantable device that measures less than 1 inch in length that is implanted into the subcutaneous fat beneath the skin of the upper arm. The Eversense implant uses light to measure glucose. An LED in the sensor excites a fluorescent polymer coating which attracts the glucose in the interstitial fluid and the reflected light is measured by an onboard photosensor.  The sensor lasts UP TO 180 days and must then be removed and replaced with a new sensor. This sensor is powered by the transmitter that is worn on the arm over the sensor area. This transmitter then sends data to a receiving device. It is held in place with an adhesive patch like other CGM systems except it can be removed and replaced daily. This transmitter also has the added feature of an on skin vibrating alert available for high or low glucose warnings. A true Continuous glucose meter it provides real time alerts like the Dexcom and Guardian CGM options. Data is transmitted via blutooth to a smartphone based app.

The Eversense recently completed an accuracy trial and scored a mean absolute relative difference (MARD) of 8.8% (Through a 90 day sensor life) . That is even lower than the Dexcom G5 MARD of 9%. This means that the Eversense has the most accurate glucose reading available in a CGM! For that matter it out performs many home glucometers!  The Eversense has not yet received FDA approval to replace fingersticks

This is great news in an exciting area of development. The hope is that eventually we will be able to eliminate the need for finger sticks and wearing visible technology on the outsides of our bodies. Of course the goal is to  not have to lose accuracy or reliability as a trade off. And with more and more pump technologies partnering with CGM technologies, continued growth and development in the CGM market is a potentially limiting factor in pump development as well.

However at this time the draw backs of this system are primarily: the invasive nature of the insertion /removal procedures and still needing to wear a visible transmitter, that can not be moved to a different location.

So, what do you think of implantable technology for diabetes management? What would it take for you to go under the knife?