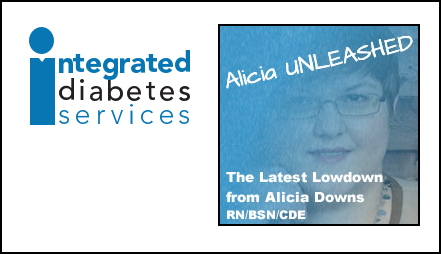 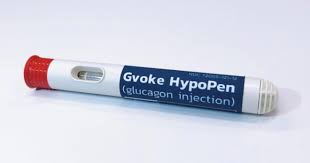 When you look for a product to turn an industry on its ear you don’t often look back 40 years. However , the medical field is one of those places where we often find new and exciting therapies emerging when developers look at the medications and devices we have had for years and see them in new ways, with new possibilities. Glucagon is just one such piece of diabetes management that is getting a good dusting off, and may soon change the way we manage diabetes.

We have seen a lot of glucagon upgrades hit the market recently. Last year we had FDA approval of Baqsimi, our first non-injection glucagon rescue. This nasal delivered powdered glucagon was an exciting development as the biggest limiting factor of life saving rescue glucagon being delivered is lack of rescuer know how. Pulling out a huge syringe with a threatening looking needle, mixing a mysterious solution, drawing it up, and overcoming fears of stabbing it into the muscle of a possibly unknown person meant that less than 15% of independent adults experiencing hypoglycemia got the rescue dose they needed from anyone other than an EMT. Let’s face it, the big bulky packaging meant many people do not even carry their glucagon with them routinely. With Baqsimi we saw the first big change in glucagon rescue technology and availability.

However, while Baqsimi was getting all the buzz Xeris medical received FDA approval for a far more exciting product, Gvoke. Gvoke is FDA approved, shelf stable glucagon for injection. The reason no one was shouting form the rooftops about Gvoke was that it came in a syringe. This made it difficult to carry, and also only slightly more likely to be administered by a stranger.

Last week Xeris medical got FDA approval for their Glucagon rescue auto injector called the Gvoke HypoPen. The HypoPen is a simple “Epipen” style injector with two step delivery: Pull off the protective red cap and press the yellow end into the upper thigh of the person in need of rescue, hold it in place until the red indicator shows and the pen clicks a second time. The needle is never exposed, reducing fears for rescuers, and there is no need to question the dose, air bubbles, or other barriers. Best of all the general public is already familiar with the look and function of “Epipens” and other similar devices so action is less likely to be delayed, where a nasal spray is not an item likely to raise alarm and baqsimi’s packaging is too benign to attract attention in an emergency.

For persons already using Baqsimi this is a 1:1 product. It accomplishes the same result, but may be worth taking a look at whether switching to a Gvoke Hypo Pen might be a plus for your next glucagon refill since get one a year covered by insurance whether we use it or not. (I am hoping someone does a study to see how readily the general public identifies and responds with Baqsimi vs Gvoke in a simulated first-aid situation)

Xeris also presented a study showing benefits of using micro-dosed glucagon for the prevention of hypoglycemia during aerobic exercise. This trial showed amazing results at reducing hypoglycemic events during exercise without added side effects. Since one of the most frustrating areas of life with insulin is that often end up having to consume more calories than we burn during a workout, this could be a real game changer. It would also be hugely helpful for times when adjusting insulin or food schedules is either not possible before exercise, or requires a level of timing and flexibility we can’t achieve (kids in school for example) We hope to see a glucagon pen for easier micro-dosing coming to market soon.

Meanwhile the march continues toward artificial pancreas technology with beta bionics continuing work on their dual hormone (Insulin/glucagon) pump iLet. Marketed as the first fully autonomous pump for diabetes management the device uses shelf stable glucagon and insulin in separate pump chambers in combination with CGM data to regulate user blood sugar without any bolus input form the user. This device is still in testing and development, but initial trials show far better in range outcomes compared to Bigfoot medical’s fully automated system that works on an insulin only model. This is largely because a dual hormone system can be more aggressive with the delivery of insulin, since overshooting the mark can be compensated with glucagon to reduce hypoglycemia risk.

We still have some big hurdles to investigate: What is the physiologic effect of ongoing glucagon infusion on tissues and metabolic balance? Can glucagon doses be effectively titrated for precise dosage and timing? Does the incorporation of glucagon lead to higher total insulin dose, and if so; what are the long-term metabolic effects? Will the FDA approve glucagon for insulin pumps, and if so; how long will that take? Are two hormones just the start (we haven’t forgotten you Pralmintide)?