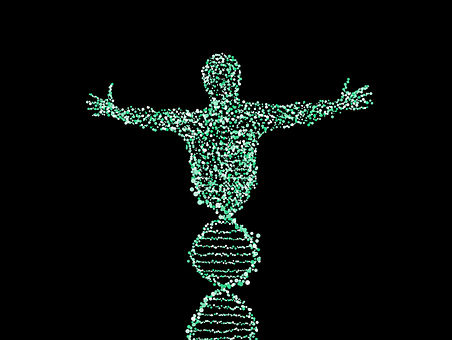 Genomic medicine shows promise in maintaining beta-cell function: this is not a vaccine.

Time for your bimonthly dose of beta cell news! Not really, it just seems like that lately. There is so much research and testing being done in the genetics/stem cell/ cure/prevention space these days and we try to keep you up on the most impactful news.

Results of a study out of Linkoping University published in diabetes care in May 2021 demonstrated the ability to immunize against type 1 diabetes! NOW HOLD ON! Before you go buy your flight to Sweden, (yes I had to google to find out that Linkoping was in Sweden) this is a possible treatment for a very specific subset of people. While insulin and blood sugar levels were not statistically different for the majority of the study group vs placebo, in a very genetically specific group insulin reduction was slowed.

Why the difference and what made these people genetically different?

No they’re not Xmen, they have a Gene expression referred to as HLA-DR3-DQ2 and the interaction goes a little something like this.

HLA is a genetic cellular identifier. All kinds of cells have HLA markers, bacterial cells, blood cells and, of course, good old Beta cells (the ones responsible for making and regulating insulin in the body). When our immune cells come across these markers, they read them as friend and move on, or foreign and initiate an immune attack. Some people make an HLA marker protein called a GAD 65 protein. This protein is known to be an autoimmune trigger causing the immune system to attack the beta cells expressing this protein, which in turn leads to cell breakdown loss of insulin production and type 1 diabetes. The HLA genetic marker for people who make this GAD 65 protein is HLA-DR3-DQ2.  In these patients, exposing their immune system (by direct injection into the lymph nodes (the base of operations for the immune system) appears to get the immune system used to seeing these markers and instead of raising the alert for attack then they are spotted in the pancreatic islets, the immune system lets them slide.

Think of it like this if you want to stop enemy troops from attacking your forces on sight, get them really used to seeing your uniforms at the grocery store, the bus stop, and the library. Then when they come across your uniforms on the street, they’ll be more used to seeing them and at least pause before engaging.

This is the same approach taken for anyone who gets routine shots or sublingual exposure for allergies. The repeated low-level localized exposure to an antigen reduces the systemic autoimmune response to the same trigger.

In the Diagnode-2 phase 2 clinical trial 109 young people with newly diagnosed T1D were given 3 monthly injections of a specific protein GAD 65 (glutamic acid carboxylase) into their lymph nodes. (and oral vitamin D). In the participants who did not have the HLA-DR3-DQ2 gene there was no change in the rate and severity of diabet4es onset over 5.5 years. However, in the participants who did have the gene rates of onset, insulin production loss and blood sugar elevation were markedly less.

This points to the potential for tailored genetics-based approaches(genomics) to diabetes treatment and prevention.

However, here’s why you don’t want to buy your tickets just yet. Right now, this is still a delay. Subjects still lost insulin production, just not as fast. Clinically this is amazing! Because maintaining insulin production, even at very low levels reduces long-term complication risk and significantly reduces risks of severe hypoglycemia and DKA over the lifetime. But anyone who’s lived through honeymooning knows that this does not mean that life is easy. This can be a very difficult time to manage one’s diabetes in day-to-day life. These studies are widely touted as “A Diabetes Vaccine” (yes I took that directly from four separate articles on this study, and those were just the ones I saw) A vaccine is something we give healthy people to prevent the onset and spread of a disease. This is, at best an early delaying tactic, not a cure or prevention. It does not mean I’m not excited about it! We are at a nexus of scientific research where buying someone a handful more years of beta-cell function means they might maintain it long enough to use it for a cure. We also can’t discredit the long-term clinical effects, even if they do make the day-to-day management of type 1 difficult at best. What we do have here is an encouraging study to give credence to further research and testing into the potential for genetically tailored treatment and prevention of, and hopefully one day cure for type 1 diabetes.