Last month, we asked for the percentage of adults with type-1 diabetes who are misdiagnosed as having type-2.

Kudos to Cathy Colburn, a late-onset T1 from Houston, Texas for being the first to answer correctly!

According to a study conducted at the University of Exeter in the UK, 38% of adults are misdiagnosed as having type-2 diabetes when they really have type-1.  This is of importance for two reasons:

(1) Not starting someone with type-1 on insulin promptly can lead to life-threatening diabetic ketoacidosis, and

(2) Starting insulin treatment as early as possible has been shown to extend the pancreas’ ability to continue producing small amounts of insulin, sometimes for prolonged periods of time.  This, in turn, makes blood sugars much easier to manage and reduces the risk for long-term complications.

BTW, the best way to determine whether someone with symptoms of diabetes has type-1 or type-2 is by screening for islet, insulin and GAD antibodies. 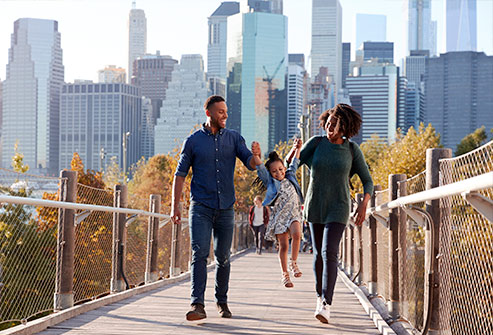 Back in 2008, the US Government issued the Physical Activity Guidelines for Americans, which recommends at least 150 minutes per week of aerobic activity  and strength-building exercise at least twice per week.

At that time, less than 20% of city-dwellers, and fewer than 14% of country folk were meeting that goal.

Well, the CDC in Atlanta performed a repeat analysis in 2017 and found what they call “substantial improvements.”

What percent of urban residents now meet the exercise guideline?  How about rural residents?

*The first person to submit the correct answers wins worldwide acclaim, along with their choice of book from our in-store or online bookstore.

Looking for the Survey?

About the Author: 2 Twins Design