It would be really great to have a closed-loop artificial pancreas device (APD) system on the market…it feels like we have been waiting for this for forever! 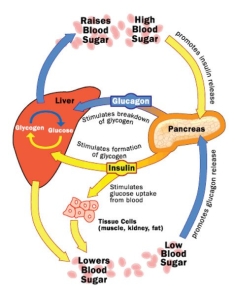 This type of product is not yet commercially available. We have to realize that what we are trying to mimic, the human body does through a very precise and well constructed system. The system has failed for those who have diabetes – but it means we have a lot of research and trials to figure out how to replicate this and improve life with diabetes.

Wondering what a “closed Loop system” is?

Currently people have to tell their insulin pump what to do, and this would be considered an open-loop system. In a closed-loop system, there is a continuous glucose monitor (CGM) which is calibrated with a blood glucose (BG) meter. A computer algorithm allows the pump and the CGM to communicate wirelessly with each other, functioning much as a healthy pancreas would to regulate glucose levels via hormone delivery with little to no input from the user. These APD systems, worn externally, allow insulin pump users to regulate their glucose levels in an automated/hands-free way. The digital control function is the crucial new feature in this technology.

The current systems on the market right now for intensive diabetes management are considered open-loop systems.

These include use of CGMs and insulin pumps to deliver continuous subcutaneous (below the skin) insulin infusion therapy (CSII). There are also two types of non-closed-loop APD systems which are not fully automated. These are low glucose suspend and predictive low glucose suspend devices, which are “first-generation” ADP systems. Thus far, research suggests that these systems may be better than CSII therapy alone because patients spend more time in target, have less hypoglycemia, and better overnight control. The systems currently in development should offer a more largely automated means of managing intensively managed diabetes in the foreseeable future. 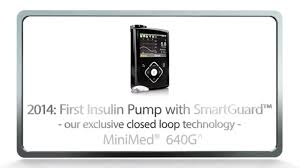 Have you been wondering what is happening in the development of closed-loop artificial pancreas systems?

Recent research identifies 18 closed-loop APD systems in development. Only a few of these are in phase three clinical trials and being studied in settings that approximate real life. The researchers classified the systems based upon level of automation, the hormone and blood glucose control approaches used, and research setting. All of these systems are being tested in clinical trials in preparation for potentially becoming commercially available.

Based upon the level of automation, The Juvenile Diabetes Research Foundation (JDRF) identifies six levels of closed-loop APD technology. First generation systems are stages 1-3 and are mentioned above. Second generation systems are stages 4-5, and are automated insulin-alone delivery (AID) systems. Systems in stage 4 are closed-loop at all times with manual assist bolus at meals, while stage 5 systems are fully automated AIDs. Stage 6 is third-generation, with systems as fully automated multi-hormonal (MH) delivery devices. In addition to delivering insulin, these deliver glucagon or amylin. Devices in stages 4-6 are being developed, and it’s important to realize that the development of each type does not depend upon the completion of the previous stage. 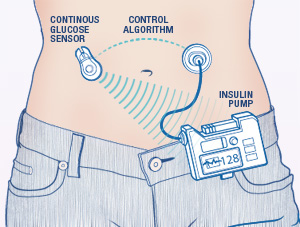 The hormonal approach is one way to classify APD systems. The two main categories are AID and MH delivery, and this generates much discussion as to the advantages and disadvantages of the various systems. While use of glucagon better approximates how a healthy pancreas controls BG levels, glucagon is not stable in a reconstituted solution. As such, it needs to be replaced approximately every eight hours. That said, it offers a way to avoid hypoglycemia and to accomplish tighter control.

The type of computer algorithm that the digital controller uses is another way to classify APD systems. There are four main types of control algorithms in closed-loop APD systems. Model predictive control (MPC) algorithms anticipate BG levels at a specific time point in the near future, and some of these systems can “learn” and adapt to the user’s routine. Proportional integral derivative (PID) algorithms simply respond to BG levels from the CGM, while Fuzzy logic (FL) algorithms determine insulin dose as a clinical expert would make adjustments in real-time based upon CGM data. Finally, using a mathematical model of how insulin-producing beta cells in the pancreas would make insulin in response to changes in BG levels, we have bio-inspired algorithms.

A third way that APD systems can be classified is by the strategy they use for achieving BG control. The system can either treat to range (TTR) by keeping BG levels within a personalized range, or treat to target (TTT) by aiming to keep BG levels as close as possible to a specific BG value.

A recent research study looked at second and third generation systems, which are AID stages 4 and 5 and MH stage 6 systems in clinical development for the closed-loop control of Type 1 diabetes. They did not include pre-clinical developments or first generation ADP systems, nor did they include biological forms of artificial pancreas technology, such as bioengineered implantable systems. They then approached the commercial and non-commercial developers of the technologies to gather additional information about the ADP systems which they identified.
They identified 18 different closed-loop systems in a clinical phase of development. Six systems were being developed by commercial companies, and five developers provided estimates of timeframe to product launch. Twelve systems were second-generation, with five of these being at stage 4, one at stage 4/5, and six at stage 5. There were three systems at stage 6, making them third-generation technologies. Twelve systems use an AID approach, and six are MH. Six systems use a PID control algorithm, and one is based upon a similar generalized predictive control (GPC) algorithm. One system was based upon both MPC and predictive derivative (PD) algorithms, while five systems were based upon an MPC control algorithm. Three systems use a FL algorithm, and one system is based upon PID, MPC, and FL control algorithms. One system is based upon a bio-inspired control algorithm. Eleven systems treat to target while four systems treat to range, and three systems use both.

Six systems are being studied in a home setting, 5 in an outpatient setting, and 7 in inpatient settings. There are two systems which could become commercially available in Europe by the end of 2016, one in 2017, and two more in 2018.

So far we know that when APD systems are used short term in research settings, they work safely. Now research seeks to assess the effectiveness of these systems, focusing on how well they will work in real life over longer time frames. What benefits will they offer? Because they are still in development at this point in time, not much detail is available to the public about the functionality of these technologies, and what the user experience might be like. Research is underway on the use of other secondary hormones. More hormones mean that more devices need to be worn, and the stability of glucagon remains an issue. Further research must be done to ensure that these systems are clinically safe and cost-effective for long-term use. User expectations need to be met for functionality, design, and effect on quality of life.

It’s hard to wait. But new innovations are in the works, and it certainly looks like better options for managing insulin-treated diabetes will be available over the next several years! While we’re waiting, manage as well as possible, and contact us for assistance with any of your diabetes management needs and questions. 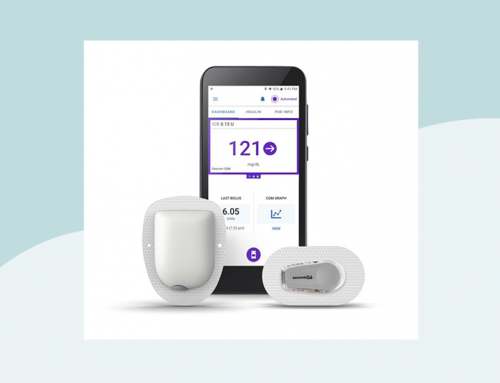