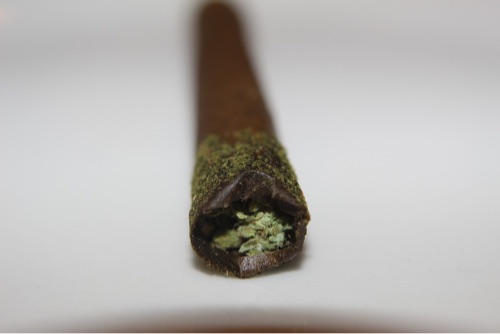 Cannabis and DKA risk: UP in smoke?

There have been a lot of questions about cannabis use in the news for the last few years. With states legalizing medical and even recreational use, the medical community has really been caught off guard with regards to its impacts on the health of the population at large. Because marijuana was so highly controlled a substance until quite recently, we have not been able to have controlled studies to assess its impacts on many populations, such as those with diabetes. Until now patients presenting in the ED were unlikely to admit to cannabis use, and the topic was often not even brought up in clinical practice.

Pause, pull out my soapbox: This is a practice that is potentially deadly, I discuss the interactions of diabetes and drug/alcohol use with my patients after the age of 12, the average age of first alcohol use in the US (dosomething.org). So let the first take away for parents, clinicians and caregivers be to have these conversations with our teens at a MUCH younger age! Pretending it won’t happen or having a “not my kid” mentality is what gets young people killed. I’m not saying it’s ok to use, but I am going to make sure kids knows the risks and realities of using with diabetes!   OK soap box put away; we can continue.

This lack of clinical data availability is leading to just beginning to see the impact of cannibus use on the Diabetes population. This is in NO WAY  a statement as to my personal opinion of the merits or drawbacks of legalization of marijuana use, moral, political or otherwise. As a clinician my role is to examine the evidence and share the information with my peers and patients to improve outcomes and quality of life and improve clinical practices. That said, we are hearing a lot of anecdotal feedback from colleagues from places like Colorado, with legalized cannabis use. Clinics are struggling with increased hospitalizations of patients with type 1 diabetes. These hospitalizations are often for DKA. The observation at that time was that the increased DKA rates in both known cannabis users and previously unknown users was likely linked to cannabis hyperemesis syndrome (CHS) and a reduction in blood glucose monitoring habits. CHS is a symptom of long term cannabis use in which repeated vomiting occurs, when we are vomiting we are likely to reduce insulin to prevent hypoglycemia, this can directly lead to ketone production and DKA. Vomitting also leads to dehydration a state that exacerbates ketone levels in the blood and reduces bioavailability of injected  or pumped insulin. However even occasional cannabis use can cause nausea of vomiting in some patients, as can the “Come down” period. When we use cannabis, either by inhalation or oral consumption, our gastric timing is altered. Combined with increased appetite this can spell nausea or vomiting.

These digestive effects can also cause hypoglycemia if a great deal of insulin is taken to cover “the munchies” but then digestion is delayed. Or foods that are not bloused for can also cause blood sugars to spike, which can increase nausea.

For these reasons it is little surprise that a recent study of both the T1D Exchange registry (T1DX) published in October, and a further study using 932 participants in the T1DX aimed at uncovering the impact of cannabis use in people with type 1 diabetes found far higher DKA risks for cannabis using people with Type 1. These patients were assessed for cannabis exposure ranging from 0  to high/intensive exposure. 61 participants ranked moderate use. Of that group nearly 2/3 were male, ages ranging from 31-38, and less than 34% were using CGM technology. But what was really striking was that this population was 205 times a likely as likely to be hospitalized with DKA than the rest of the population. (No difference in race, pump use, severe hypoglycemia or other drug use was found in this group)

Hypoglycemia also increased slightly, but hospitalization risk for it did not. This is also likely to digestive changes, though glycemic metabolics may also have been altered by the situation in which cannabis was used (such as after physical activity or in heat).

This data shows that responsible cannabis use by people with type 1 needs to be exactly that, responsible. If you’re going to use cannabis with type 1 use a CGM. When using  we are less likely to recognize symptoms of hypoglycemia so CGM alerts can be an important safety stop-gap. If you’re not using a CGM, monitor frequently to avoid unrecognized lows and catch elevations sooner. Have a “designated driver” for behaviors. We don’t make the best decisions under the influence of cannabis, so having someone who’s not using to remind us to check BGs, bolus for foods, respond to CGM alerts, and of course not drive might harsh the buzz, but it can keep us safe and healthy.  Don’t use to excess. Cannbis use more than  28grams or 1 ounce  of marijuana smoked per month is considered moderate use. Beyond this, risks for CHS and DKA sharply increase. (The effects of THC when eaten are reportedly more intense than smoked so lower quantities may induce CHS, doses in edibles are also harder to quantify and so higher dosing is more common).

It is also worth mentioning that CBD oil products ,all the rage right now ,contain only a trace amount of THC (the chemical compound in cannabis responsible for the “High” that is also responsible for triggering CHS and other health risks for people with diabetes). There have been no reports of adverse health risks related to diabetes from the use of CBD oils.

You can find more information here: